Showing posts from July, 2017
Show all

Primordial Divine Sound I have an experience to share that has been creating synchronicity with me as of late. On the eve of this years Summer solstice, I had an experience that took place when I was on a the border of sleep. I drifted off within minutes of laying down. Almost immediately, I was told by a voice that I know was my Higher Self, to stay in "the state of love". At which point, I was taken to the "void". I was surrounded by absolute nothingness. This was the only way I could describe it, it was as if I was being "reset" or sent back to, square one, if you will. It was tremendous to be so alone in nothingness. And yet, within the background of somewhere or everywhere was a tremendous sound of blasting trumpet like sounds. Theses were very primordial type sounds that blared. And I must admit, that this sound blaring within the "void" of nothingness was a little intimidating. Then without any warning another wave of
Post a Comment
Read more now»

The Change in Balance When we see this symbol, it really touches us deeply. Maybe, not necessarily, within our direct consciousness. However, on a deeper level, there is a profound knowing and recognition as to the power of the symbols representation of reality. In Chinese philosophy, yin and yang (also yin – yang or yin yang , 陰陽 yīnyáng "dark–bright") describe how seemingly opposite or contrary forces may actually be complementary, interconnected, and interdependent in the natural world, and how they may give rise to each other as they interrelate to one another. Yin and yang - Wikipedia Transition Into More Divine Light From a realization of the timing that we are currently in, the reality is and has changed very significantly. If we were to depict where we are on the symbol, it seems that we are within the bottom part of the circle. We are leaving a rather dark period of time in which we felt "trap
Post a Comment
Read more now»

Power Within the Now 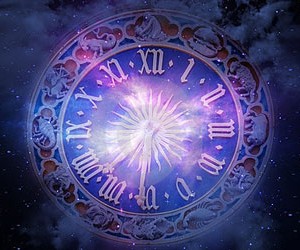 Power Within Now It is from within the now moment that we actually get things accomplished. When we are shown how we expend energy throughout the day with our energy and our thoughts being diverted to some past event that usually was not a pleasant experience. Then we suddenly “snap” out of that thought and end up drifting to what we feel is the next priority in our “future.” All the meanwhile, we have spent zero energy within the now moment living our Divine truth. This is the time-killer that we all end up dealing with. Live Our Truth Within the Now Moment And yet, when we truly do transcend these “worrisome” thoughts and live in the now; we find that we can truly live more fully the truth of who we are throughout the whole of our selves. We find that we don’t have time to waste on reliving past memories that we did not resonate with. This can only be accomplished through the now moment. This is where we are when we transmute our misused energies through the use of the
Post a Comment
Read more now»

The Way of Divine Consciousness 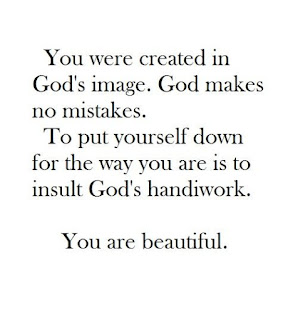 The Way of Divine Consciousness Creation Makes No Mistakes Many times, we humans tend to diminish our abilities and/or divine energies. We either “judge” ourselves as “not worthy” and develop the martyr mentality, as in, “save yourself, as it is too late for me.” And yet, the reality is that Creation makes no mistakes. Therefore, if you exist; this shows that Creation needed you in “existence within Creation” in order to be perfect. And since Creation makes no mistakes, it is a futile pursuit to try to convince any part of Creation that you are less than perfection. In fact, this is the epitome of arrogance to suggest that the whole of Creation made a mistake when it came to, “only” you.   3D Mass Consciousness, No More The way that we stay within the reality that we desire is to focus on the Perfection of the reality. When we keep our attention on what brings us joy, we can’t help but stay within our Divinity. This is how we transition from the dualistic
Post a Comment
Read more now»

Staying in the Divine Flow! 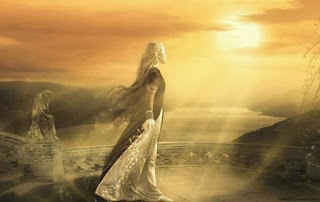 From Resistance to Persistence of Staying in the Flow At times, we don’t realize that we have entered into resistance to the natural flow or order of things. The energies that are being brought to us throughout this transition are energies that will naturally and more and more effortlessly transition us from our dualistic ways into the more profound all-encompassing multidimensional Divine way that God in us desires. It is this that we have forgotten. We are being given so much assistance from those within the realm we are entering. So, if we can keep within the “flow” of these energies that are being given to us, we can make the easiest and smoothest transition into Oneness. Stay in Our Truth And it is understood that while this occurs, much that is within that is not our “truth” is being brought forth to transmute and transcend. This sometimes makes it seem as if we are not making progress, for we feel that we are still surrounded with much that is not ou
Post a Comment
Read more now»

Draw Light to Our Bodies 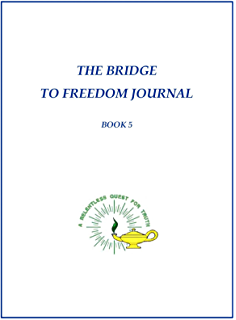 How to Draw Light to Our Bodies The following is taken from The Bridge To Freedom Journal Book 5 This particular Instruction is by The Maha Chohan How do you draw LIGHT? You draw it by the magnetic law of attraction. YOUR ATTENTION IS A FUNNEL. WHERE YOU DIRECT IT, THERE IMMEDIATELY BEGINS TO FLOW THE SUBSTANCE UPON WHICH YOU DIRECTED YOUR ATTENTION INTO YOUR WORLD. THROUGH THIS FUNNEL COMES THE ASCENDED MASTER CONSCIOUSNESS AND THE LIGHT OF GOD that never fails, or the human accumulation of the life stream upon which you fixed the beam of your attention. In order to intensify or to increase the vibratory action of your lower bodies, YOU HAVE BUT TO PUT YOUR ATTENTION UPON ANY MASTER OR YOUR OWN I AM PRESENCE, and while it is there, you will naturally charge that substance of light as mechanically as the battery of the car is charged by the charger. Even to lie flat on your bed and visualize that LIGHT pouring through the four lower bodies for five minutes three times a
Post a Comment
Read more now»
More posts

Divinity In Us - by Gabriel Duran
Albuquerque, NM, United States
In 2007, I had what I would believe to be my spiritual awakening for this lifetime. I was not exactly the happy camper when I was awakened. I was actually quite upset, feeling that I was living a lie, before my awakening. Since then, I have spent the past 10 years on a spiritual quest. I have studied much from all sorts of “Divine” sources. And I feel it is my privilege to be in a position to share my findings on my quest. Please take what resonates with you and leave what does not. And if I could influence one thing in your life, it would be that “You Are Already Divine, Within.” Please allow that to manifest, and the world will be all the greater for you will be fulfilling your Divine Plan.